What does it mean to have intercom on your vessel? Why is it needed, and what features does State-Of-The-Art intercom provide anno 2019?

IWCS Intelligent Intercom Solutions solves a lot of challenges on a daily basis.

Modular Intercom 1 is the first Blog of several.

Through these Blog posts I will explain various setups and user scenarios, and go more into details with the functions and benefits of the products. 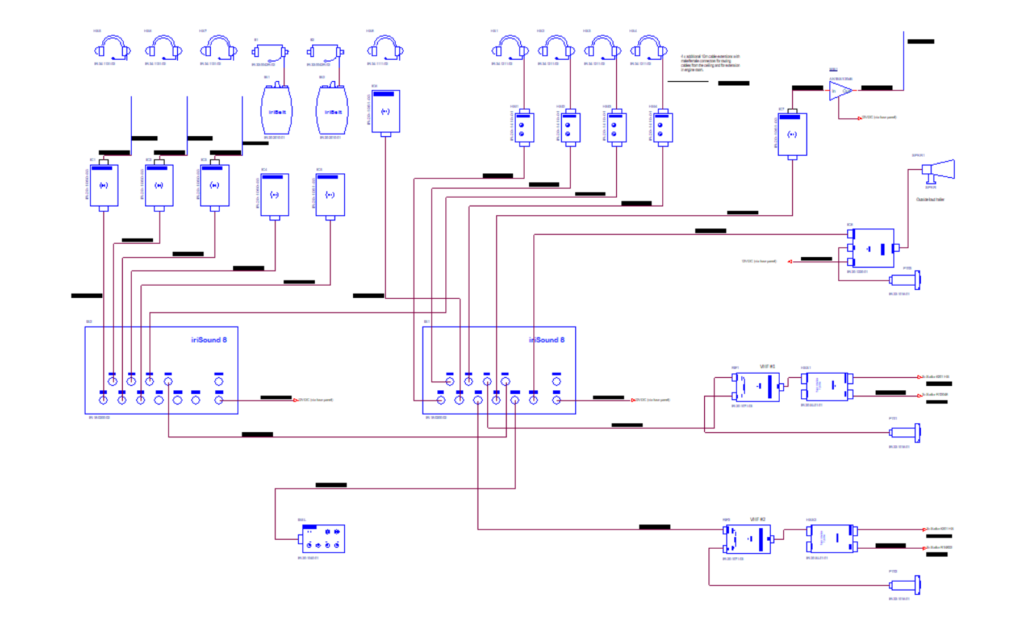 But not all systems need to be as complex as this. Let’s start out easy. 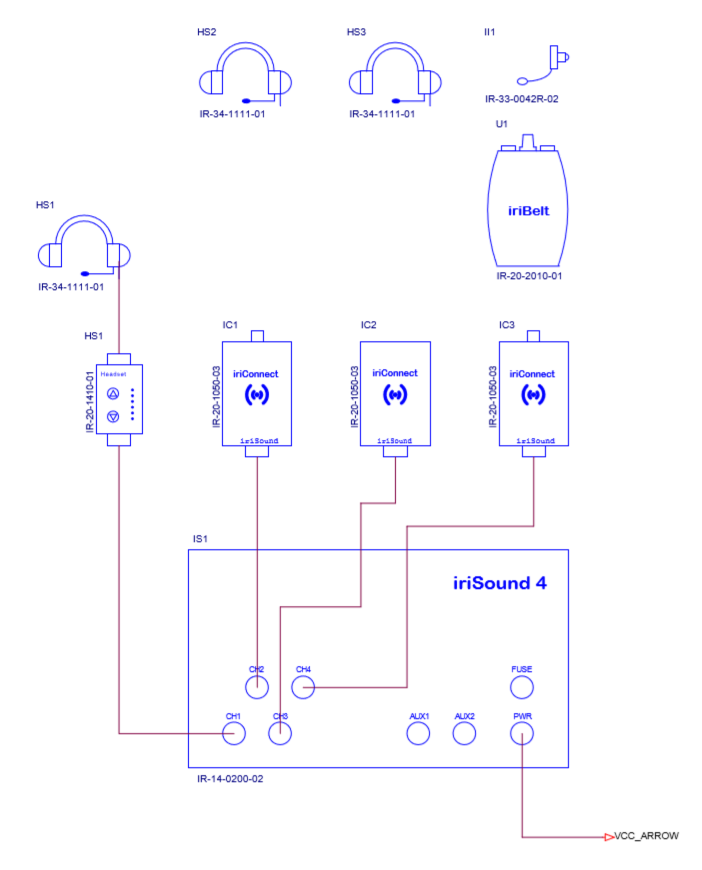 The schematic above is based on an iriSound 4. An iriSound 4 has 4 audio channels and 2 AUX ports. In this example we do not use the AUX ports. The iriSound range includes iriSound4, iriSound 6 and iriSound 8.

iriSound is a DSP Mixer unit that routes the 4 (, 6 or 8) audio channels together. So what’s being said on channel 1 will be distributed to channels 2, 3 and 4. A few % will also be routed back to the user of channel 1. That’s called side tone. Without side tone the speakers will only hear themselves by bone conduction, and 100% side tone will confuse the brain and making it very difficult to speak. None of those are wanted. When the volume is increased, the side tone follows.

In this example I only show users. Radios will be integrated in Modular Intercom 2

Channel 1 : Connected to a headset interface. The headset interface is a fixed mounted unit offering volume control to a wired headset, remote PPT for up to 4 external radios and a headset connector. The wired iriComm 3.0 headset has a curly lead, which is 70/210 cm allowing the user to operate freely within a fixed position. A popular choice for pilots.

Channel 2 : Connected to an iriConnect with external antenna. iriConnect is 2.4 GHz digital access point (antenna) for both audio and data. Here it is paired with an iriComm 3.0 wireless headset . A selection of external antennas are available. The antenna must be selected according to desired performance on the selected vessel. External antennas can extend the range significantly, but also cause dead-spots, so always consult our technical team to get advise.
The iriComm 3.0 wireless headset can handle 2 pairings at the same time, which allows the user to pair a cell phone to the headset while also being part of the intercom system. An incoming phone call can be picked up by pressing a single button on the headset, and an immediate switch between intercom and phone will occur. Another press on the headset button will hang up the phone call and reconnect to intercom mode.
iriComm 3.0 wireless comes in a PLUS version with Hear-Through and 3-mode LED light. By switching to Hear-Through mode, an external microphone will pick up external sound, and the intercom audio is reduced by 24dB. By reducing the intercom audio and not switching off completely, the user can still monitor communication from the intercom in the background.
As iriConnect also handles data transmissions – a PTT can be activated directly from the headset. More details about radios in Modular Intercom 2

Channel 3 : Same setup as Channel 2 except the iriConnect here has a built-in antenna. The built-in antenna provides close to 360 degree covering radiation pattern. iriConnect with internal antenna is recommended for working areas up to 50 meters, where no major metallic obstacles are present.

Channel 4 : Connected to an iriConnect with external antenna, like Channel 2. Could be internal antenna as well. This setup is intended for Gecko Marine Helmets (UK). This helmet type is commonly used in this sector, but cover the ears and prevent space for earcups. The solution is iriInsert in combination with iriBelt. iriInsert is a speaker/microphone insert that fits into the Gecko Marine Helmet, and comes with a 50/120 cm curly lead. Connected to iriBelt, which is a wireless belt box, these 2 units provide the same functionality as an iriComm 3.0 headset with the exception of remote PTT. iriInsert comes both as single and dual side speaker, and Right and Left side microphone. Default is right side. 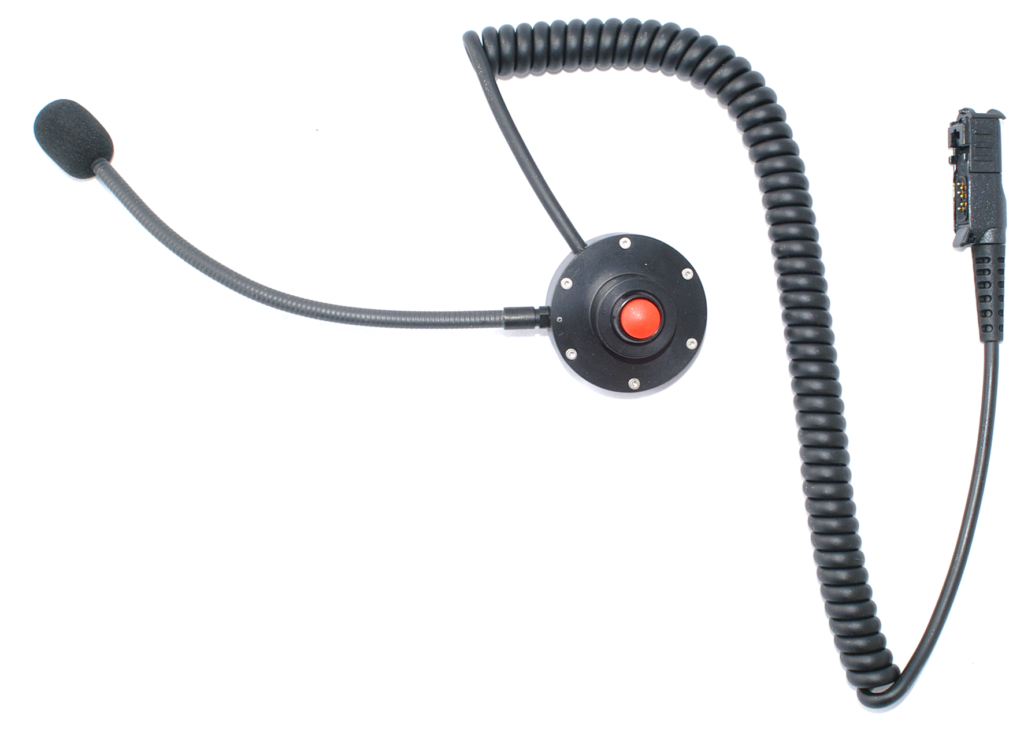 Watch out for Modular Intercom 2, where I will explain the integration of external radios.

This website uses cookies to improve your experience while you navigate through the website. Out of these cookies, the cookies that are categorized as necessary are stored on your browser as they are as essential for the working of basic functionalities of the website. We also use third-party cookies that help us analyze and understand how you use this website. These cookies will be stored in your browser only with your consent. You also have the option to opt-out of these cookies. But opting out of some of these cookies may have an effect on your browsing experience.
Necessary Always Enabled
Necessary cookies are absolutely essential for the website to function properly. This category only includes cookies that ensures basic functionalities and security features of the website. These cookies do not store any personal information.
Non-essential
Any cookies that may not be particularly necessary for the website to function and is used specifically to collect user personal data via analytics, ads, other embedded contents are termed as non-necessary cookies. It is mandatory to procure user consent prior to running these cookies on your website.
SAVE & ACCEPT